"It's up to the people now to make a better decision"

Today was our second day working on developing a definition of race.

To do this work I am drawing heavily from my experience as a facilitator with the Center for Racial Justice in Education. We start by brainstorming answers to the question, "What is race?" Because it's Zoom the responses are somewhat limited. But generally kids offered that race is skin color and where you're from. 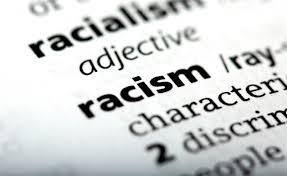 In the past I've used this video from Vox (with lots of pausing and unpacking). This year we are starting with a definition from "Our Skin" a board book about race and racism by my friend and former partner, Megan Madison.

Using the book we articulated race as:

2) An idea that was made up by white people.

3) It was made up so that white people could have more and be treated better than Black people and people of color.

Something that I am doing a lot more this year is pausing and checking in. I'm asking, "How are you feeling?"

This is something we did when training adults. I realized I didn't do it enough with students in the past. But I need to make space for white kids to process their discomfort and my kids of color to process feelings like anger and hurt.

I added on to his response, white people made a lot of hurtful choices and so white people today need to make better decisions. But I really appreciated his response! I feel like it really summarizes the way I see myself as a white person right now and hope my white students feel this way too. We are not responsible for the creation of race or racism, but we are responsible for what to do about it today.

Talking about race and racism this year feels so different. Talking about it on Zoom? With a racially diverse group of kids? It's definitely not easy. But at the same time I feel excited for the possibilities.

There are a lot of directions this may go. But next we'll be trying to define racism using Megan's book and a Newsela adaptation of this article. From there we'll explore the history of resistance racism and hopefully some student-led activism. To be continued...