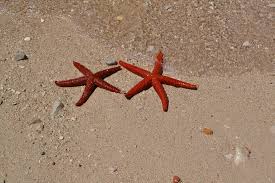 To be fair, I sometimes forget to take the long view in my classroom. In the midst of a difficult day, or week, it's hard to observe the progress that certain students are making.

This year, we have one student who is very academically capable, but for a number of reasons, generally refuses to participate in most whole class instruction. He is incredibly stubborn. He doesn't like to do work that he finds too easy. At the same time, he has a very low frustration threshold. So, any work that he finds challenging, he also gives up. Often he'll crumple this work up or shred it into little pieces.

So, when I got to the end of today's math lesson, and realized that this student had participated in the whole lesson, I felt pretty excited. His participation looked different at times. For example, he asked to take a problem that we were discussing as a group back to his seat. But ultimately, he focused on and met the same learning objective as the rest of the group. In the words of Joe Biden, this was a big fucking deal. I'm doing my best to celebrate.

But it's hard. Because even while this kid makes (baby) steps forward. I see other kids falling apart.

Last week, one of my students lost his mom. So the rest of the school year, and the foreseeable future, are going to be difficult for him. He's mostly seemed upbeat and "normal" since returning back to school. But this afternoon, during a mass prep period outside, he got into a physical altercation with a second grader roughly half his size. As he negotiates his sadness and anger and fear, I anticipate more incidents, and I hope I can equip myself to give him the support he needs.

Meanwhile, another student of mine, an incredibly bright and precocious kid who sometimes speaks with a Mike Tyson-esque lisp, seems to be flailing. His engagement started to dip slowly last year. Throughout this year, he has been missing lots of school, and when he's present he only participates sporadically. Today his attitude seemed to go from ambivalent to hostile.

I asked him what's going on. He stubbornly insisted, "Nothing!" But it doesn't make sense to me that this kid, who used to lead our class to so many discoveries last year, could have transformed so drastically for no reason. It makes my heart hurt.

This is one of the challenging aspects of my teaching. It's the polar opposite of
the gratification I feel when I see a student making progress. It's the feeling that I can't seem to be successful as a teacher, because in my mind I have to be helping every kid thrive, every day. At least in my current reality, that's not happening. Some kids are up, and others are down. I've always believed that as long as I show each kid that I care about them, and that I'm here for them, that's enough. But days like today make it hard for me to really believe that.
Labels: classroom management culture reflection social emotional learning teachable moments the kids Troublemakers