Waiting to Be Superman

Last Friday I went to see Waiting for Superman, a movie that showcases America's broken educational system. The movie takes its title from a story told by one of the protagonists, Geoffrey Canada. Canada, the founder of Harlem's Children Zone, explains that when he was growing up, he used to love comic books. He was so immersed in the world of comics, he truly believed that one day Superman would come and rescue everyone from the ghetto. The sad realization that Superman's omnipotence was fictitious and nobody was coming to save the day sparked Canada's journey to become his own real life Superman.

Canada's story resonated with me in a powerful way. When I was a kid I was also infatuated with comic books. While I didn't make-believe that superheros would come to rescue me (I was privileged enough to never need rescuing), I did imagine what it would be like to be a superhero. Eventually, like Canada, I outgrew my superhero fantasies too. But, also like Canada, I was drawn to education as a way to act out my dreams of saving the world.

The teacher-superhero parallel isn't solely my own invention. America has long cultivated this idea in movies like To Sir, With Love; Stand and Deliver, Mr. Holland's Opus and Freedom Writers. Our society has long perpetuated the idea that any individual can save kids from poverty, if only they care enough to try. Programs like Teach for America, NYC Teaching Fellows, and the media coverage of them, also take part in this myth-making as well.As a Cohort 14 Teaching Fellow I can tell you the program appealed to me largely through its "save the children" mystique.

Now, in my fourth year of teaching, I'm sad to say this narrative is as fictional as an alien refugee arriving on Earth and becoming the savior of truth, justice and the American way. But while our society doesn't expect anyone to leap tall buildings in a single bound, we do expect our teachers to perform equally miraculous feats.

I would never suggest teachers aren't heroes. Teachers can and often do perform acts on a small and large that change lives immeasurably. I can think upon my own biography and name numerous teachers whose impact on my life was heroic. 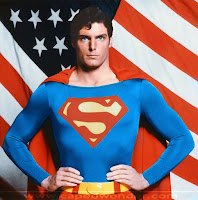 However, when I applied to New York City Teaching Fellows I believed that as a teacher I could be more than just a positive influence in my students' lives. I believed I would possess superhuman powers: I would teach faster than a speeding test prep curriculum, be more powerful than a lack of motivation in students, parents and peers, and leap vast learning gaps in a single year. I learned very quickly that I wasn't given such superpowers.

That is why it was reassuring to hear Geoffrey Canada discuss his personal experience with teaching in the film and admit it took him five years to become a great teacher. I can only hope I'm following a similar time line. But I can't help but feel impatient in the mean time.

Whether it is valid or not, I, along with countless idealistic teachers young and old, long to be the Supermen and Superwomen our children need. We may not have superpowers, but that doesn't change the stakes of the classroom. Throughout my teaching I have felt a life or death urgency in the struggles of my students. But I'm beginning to wonder if this way of thinking is even healthy, or if it only places impossible expectations on my shoulders.

The best answer, as usual, is probably a compromise. I will work to summon super strength to help my students succeed in the time I have. I will not accept failure or defeat. I will also recognize that there are limits to my powers, and that transforming the negative forces of poverty that afflict my students is not an individual effort, but a societal one. I hope that soon the mythmakers in media and policy come to the same realization.

Ruben Brosbe said…
It creates a very simplistic narrative to the point of intellectual dishonesty, but it's still a must see if you want to be up on the tone and content of the mainstream conversation on ed reform.
October 13, 2010 at 8:47 PM