Why was this boy walking down the halls howling, oblivious to the world around him? Three possible, but hardly mutually exclusive, explanations. 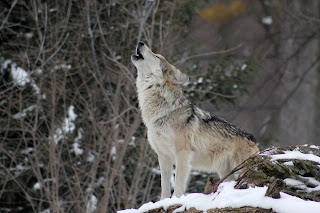 1. The kid's got issues: Maybe he's one of those "problem kids". I've known a few kids who seem almost powerless to control the noises coming out of their mouth. Beeps, horns, farts, you name it. His howling could be an actual learning disability, an ongoing behavior issue, a cry for attention, or a combination of the three.

2. The kid's just being a kid: Kids make noises (see explanation 1). Sometimes they aren't as reverent to the sanctity of the hallway as they should. Sometimes they just want to howl like wolf.

3. The kid is using his imagination for once: How often do our students get to just make believe? By the time they reach the third grade, I'm afraid it's not very often. And tragically, they're getting fewer and fewer opportunities in pre-k and kindergarten, the time when imaginative thinking should constitute the majority of their day. Meanwhile, in the upper grades, reading strategies and soon enough, test-taking strategies, dominate learning.

This isn't to say that we teachers don't try to infuse creativity and imagination into as many lessons as possible. We do. We know it's the only way to develop critical thinking. Still, I think a lot of people would be saddened by the dulling of elementary education. So, maybe this boy, free of the classroom, was using it as a chance to free his mind for a bit. For a second he wasn't a 3rd grader, with all the pressures that entails, he was just a wolf, howling down the hall.